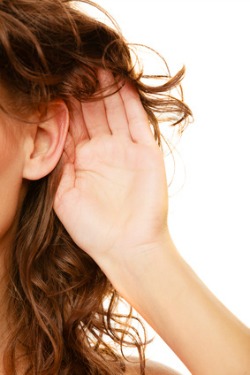 So, maybe you’ve heard the rumor: drink vinegar to lose weight. And perhaps you're wondering if you could drop a few pounds that way yourself and wondering, too, what might be the drawbacks to such a course.

As you're no doubt seeing in your internet search, opinions vary. For example, Dr. Andy Weil (in 2009) considered there to be “absolutely no scientific evidence showing that it [vinegar] can aid in weight loss…” (11/12/2009 at drweil.com)

He did, however, discuss a study in which Japanese researchers found that mice fed a high-fat diet with the addition of acetic acid (the main component of vinegar) gained 10 percent less than the control group, which had received the same high-fat diet without also receiving the acetic acid. So, although the mice didn't actually lose weight, they did stay a little slimmer.

As you'd expect, other medical and nutritional writers have weighed in as well, some noting that excessive use can cause potassium deficiencies and even arrhythmia. Yet, you can also find people who've had positive experiences with vinegar. In fact, although I'm happy to report that no caged mice were involved, the "vinegar effect" in weight loss seemed to be operating at one time on my own parents. Here's how that went down... 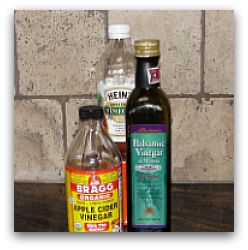 A few decades ago, after reading D.C. Jarvis's Vermont Folk Medicine, my parents began drinking vinegar and honey to ease the symptoms of arthritis. During that period, Mom and Dad began to notice their clothing gradually loosening. And, for as long as they took the vinegar and honey—probably ten to fifteen years—weight was never an issue for either of them.

In all candor, though, my folks had only rarely experienced the "muffin-top" syndrome themselves. Still, something pared them down even further during those years, and their vinegar potion was the only notable change in their nutritional routine. I, too, drank diluted vinegar at one point, and at the time I thought it aided a bit with weight loss. But I also think it trashed the enamel on my teeth (more on that later).

Besides the reputed potassium and arrhythmia hazards, here's another one: apple cider vinegar tablets have been known to lodge in people’s throats or esophagi, where they can cause serious and even permanent damage. Undiluted vinegar itself can damage the esophagus and other areas of the digestive tract. For some, even diluted vinegar creates discomfort all along the digestive tract (yes, even to the end), as I remember only too well myself. Owww!

It can also be quite unkind to tooth enamel, so please be sure to rinse your mouth thoroughly—or even brush your teeth—after drinking any vinegar concoction. Also, if you’re taking medication, please speak with your doctor before diving into the vinegar vat; it could possibly interact with certain meds...or even exacerbate certain maladies.

Suggested dilution ratios vary, ranging from one teaspoon up to one tablespoon of apple cider vinegar in a large cup/glass of water. My parents' formula was roughly one tablespoon each of vinegar and honey in a cup of hot water with breakfast. 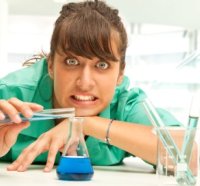 As to frequency, the recommendations are all over the map. Some suggest drinking a vinegar-water potion before a meal (hello, heartburn!). Others suggest drinking it during the initial part of a meal, during the entire meal, or even after a meal and as often as three times a day.

I've even seen recommendations of 2 teaspoons of apple cider vinegar in 16 ounces of water, to be sipped throughout the day. If you choose the “sipping” method, though, perhaps use a straw and also rinse your mouth often to help protect your teeth. (As already noted, my own teeth can attest to the advisability of that.)

And here's a thought: if you're really serious about trying the vinegar gig, why not speak with a nutritional expert about some of the pros and cons? Then, you can make a more-informed decision. In the meantime, perhaps you might take a long look at an old standby: veggies! They, too, can help you slim down, plus (aside from occasional sensitivities/allergies) they rarely have side-effects. Click here to read the "case" for vegetables.